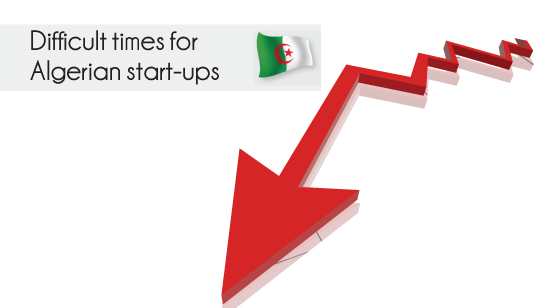 Some 25,000 Algerian companies go out of business each year, according to Mr. Salah Belloucif, President of the Commission of the National Advisory Council for the Promotion of SMEs (CNC SMEs).

“This figure is high, but it is not especially worrisome in itself, because it would be a normal movement in the economic cycle. It is less than 5 % of all companies, which is a sustainable figure for 640,000 Algerian SMEs”. He added: “In addition, there are a lot of companies who change activity, redeploy or change legal status”.
Mr. Belloucif has, however, stated that “the lack of any growth in the overall number of enterprises is worrying”, indicating that the creation of new businesses is still limited.
Mr. Belloucif revealed that revisions in the law on SMEs (brought in during 2001) are included in the road map/plans of the new Government. “Since the adoption of the 2001 law, the economy has undergone many changes, and our experience continues to evolve. We hope to develop new mechanisms to increase the capacity for competition between businesses and to improve management skills”, noting that 94% of Algerian SMEs are actually small businesses employing less than ten people.
Source: Le Chiffre d’Affaires