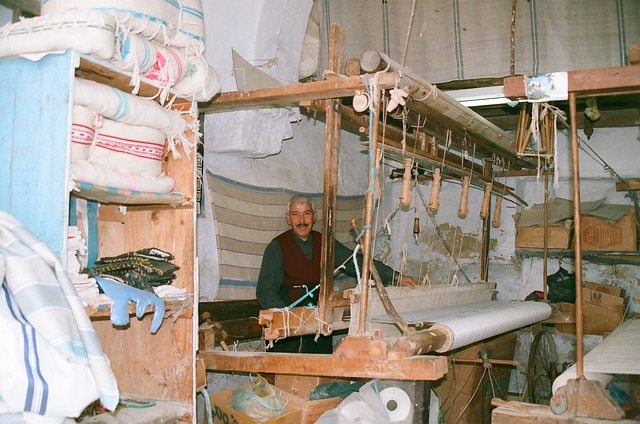 Tunisia: inflation on the rise!

A mission from the International Monetary Fund (IMF), led by Mr. Amine Mati, visited Tunis during June 10–24, 2014 to conduct discussions on the fourth review of Tunisia’s economic performance under the 24-month Stand-By Arrangement (SBA) approved by the IMF Executive Board on June 7, 2013. (See Press Release No. 13/202). The mission held productive discussions with senior government and central bank officials. It also met with representatives of the banking and private sectors, trade unions, parliamentarians, the donor community, and civil society.

At the end of the discussions, Mr. Mati issued the following statement:

“The mission welcomes the progress made in pushing ahead with policies to preserve macroeconomic stability and generate higher and more inclusive growth in a challenging national and international environment. In view of this, the IMF mission reached staff-level understandings on the fourth review under the SBA detailed in an updated Memorandum of Economic and Financial Policies.

“The announcement of a clear calendar for the legislative and presidential elections to be held before the end of 2014 is a key achievement in Tunisia’s transition to democracy. This increased clarity at the political level will bolster confidence in the Tunisian economy, and reduce investors’ wait-and-see attitude. However, the economic situation remains fragile with growth not high enough to make a significant dent in unemployment, in particular, amongst the youth.

“Economic activity remains modest. Growth estimates for 2013 have been revised down to 2.3 percent. GDP will expand by 2.8 percent in 2014, with the good performance of the agricultural sector helping offset weaker than expected activity in the tourism sector. After having declined to 5 percent at end-March, headline inflation is on the rise, reaching 5.7 percent at end-June 2014, driven mainly by higher food prices. Tunisia’s external imbalances have been widening, putting pressures on gross foreign reserves and the exchange rate, which has been depreciating.

“The authorities’ reform program remains on track, with all end-March quantitative performance criteria met and those for end-June expected to have been met. The indicative ceilings on social spending and current primary spending were met, despite some wage overruns.

“Fiscal performance was stronger than-expected during the first five months of the year, thanks to considerable revenue mobilization. Additional wage payments and pension transfers put pressure on attaining the end-year fiscal target, but additional revenue measures and savings on expenditures ensure that fiscal consolidation remains on track. The ongoing reduction in energy subsidies is a welcome development and is necessary to lower energy consumption and create fiscal space for priority spending on health and education. The mission welcomed steps taken to combat tax evasion, simplify the presumptive tax system, modernize tax administration, and strengthen the public enterprise monitoring and governance framework.

“The mission welcomed the Central Bank of Tunisia’s decision to increase the policy rate in view of possible inflationary pressures arising from recent minimum wage increases, electricity tariff increases, and a depreciating exchange rate. The mission recognizes the authorities’ readiness to increase the policy rate further if core inflation rises rapidly or if depreciation pressures persist. The mission urged the authorities to continue rebuilding foreign exchange reserves, including through further exchange rate flexibility.

“Important steps have been taken to strengthen the reform agenda, particularly in the banking sector. A banking strategy has been designed, restructuring plans for public banks are being finalized in line with international best practices, and plans for creating an asset management company are advancing. Reducing the vulnerabilities of the Tunisian economy and fostering more inclusive growth would also require rapid implementation of structural reforms, including creating a level playing field for investors and the rapid adoption of key legislation on bankruptcy, competition law, and public-private partnerships.

“Protecting the most vulnerable in the population from the impact of reforms and fiscal consolidation remains a priority for the Tunisian authorities and the IMF. In this context, the authorities have established a program to support vulnerable households to accompany the energy subsidy reform, have increased minimum wages, and are finalizing work on a unique social identification number that will improve the existing targeting mechanism.

“The mission thanks the authorities and all those with whom they met for their warm welcome, and frank and fruitful discussions.

“The IMF Executive Board is tentatively scheduled to discuss the fourth review of Tunisia’s SBA in late August. The completion of this review would make SDR 143.3 million (about US$220 million) available to Tunisia.”